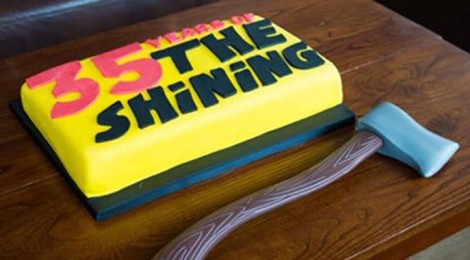 Memories that keep Shining on … ‘for ever and ever’ …

It’s a delight to be able to write my very first blog about such an extraordinary, happy day on the May 25th Bank Holiday, a Bank Holiday with a difference. It was certainly one of the most unusual trips down memory lane that I’ve ever taken.

The only such trip in my experience that has come anywhere near it was when John (my twin brother) and I returned to Norway in 2009, exactly 40 years after dicing with death on an extremely dangerous mile-high rock face in Norway …

But this was different, because it is was not about a battle with inanimate nature, but about a collaboration with an unusually creative bunch of people.

Anyone seeing such a disparate and yet ordinary looking bunch would probably never have guessed in a million years what we all had in common. They probably wouldn’t even have guessed that we were all in the film industry (or had been), let alone that we’d all worked on one extraordinary film that *quote unquote* ‘took America by storm’.

An experience for all of us that was unlike any other film we’d ever worked on. Because the way Stanley Kubrick worked was utterly different from anyone else; he rarely did things conventionally, and was continually challenging all norms of creative practice.

Yet, difficult as he could be at times, we all loved him. That’s not too strong a word … as was borne out within seconds of my arrival at Elstree Studios for the 35th anniversary reunion of all the surviving crew members, that had been organised by Howard Berry of ‘The Elstree Project’ and Hatfield University. 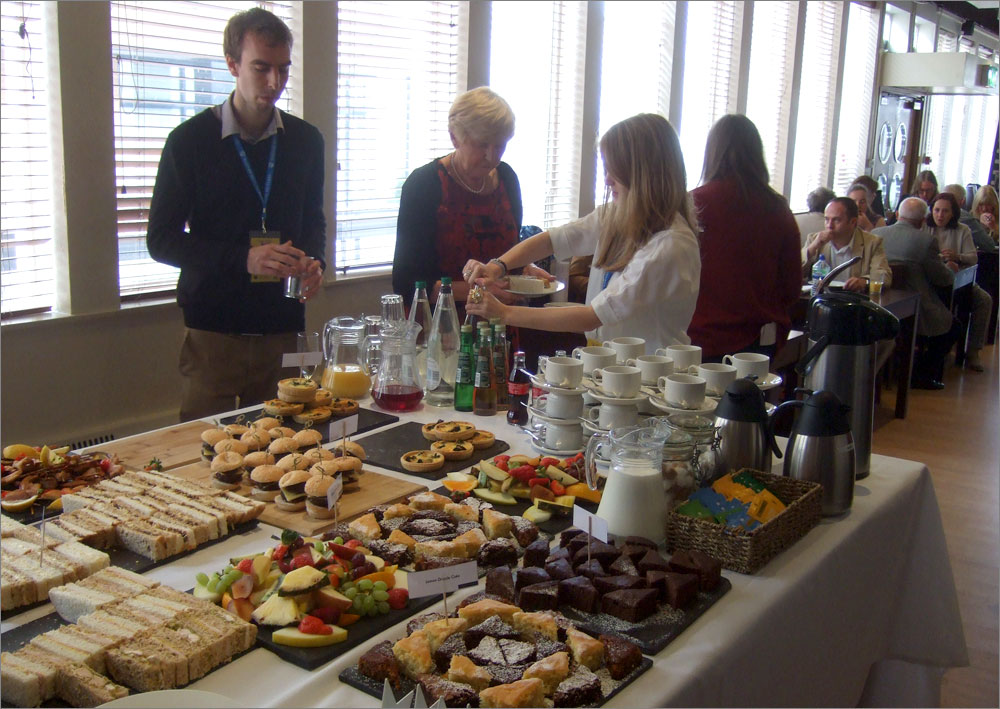 The reunion started at the very bar that that had marked the beginning of my career on big feature films in May 1979 after working freelance on TV programmes for six years, when Ray Lovejoy, the editor of The Shining, interviewed me for a very interesting job.

They were in need of another assistant editor, and also someone to help Stanley’s daughter Vivian cut the documentary that she had shot about the making of the film. The ‘interview’ went well, and so it was that I at last got into the film industry.

Elstree, in particular, was then one of the most magical dream palaces in Britain – home of Star Wars and the Indiana Jones trilogies, of Superman and Labyrinth and many great, groundbreaking movies as well as The Shining. This was my first introduction to an almost uniquely special world of the imagination combined with technical excellence, ingenuity, inventiveness and perfectionism, beyond anything I’d previously experienced and far more exciting than anything I’d worked on in television.

The last time I’d been in this bar was in 1985. The decor had changed, but everything else was exactly the same. And the very first person I encountered was Emilio D’Alessandro, Stanley’s personal assistant, now in his mid-70s, who had worked with Stanley for thirty years before retiring to Italy in 1999. He recognised me immediately (despite my grey hairs … mind you, he was now grey-haired too.) I was really delighted to see him again as he had been one of the lynch-pins of the production, driving thousands of feet of film backwards and forwards each day and night between Stanley’s home near St Albans and the studios.

Within about thirty seconds of talking to him he was telling me how Stanley’s death had left ‘a hole in his heart’ that would never be healed, and I told him how unexpectedly grief-stricken I had been as well and how I’d cried buckets for about two hours as I knew that the world had lost one of the greatest creative spirits that has ever lived. 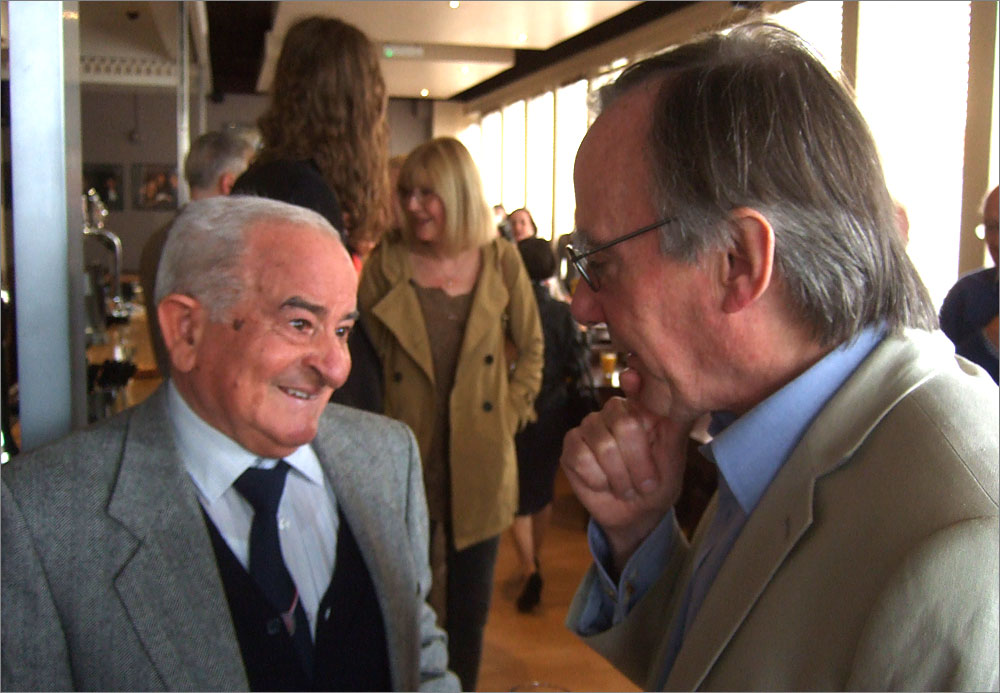 And so the day went on: a sea of familiar and less familiar faces, some seeming virtually unchanged, and others very different. The survivors of the editing crew did not however seemed to have changed a bit; in fact, Gill Smith (First Assistant Editor) seemed exactly the same in every way (I asked her later why she had no wrinkles! … even though she is my age).

After a sumptuous buffet lunch and a pint, the entire crew plus spouses went for a wander around what remains of the studios – sadly now one third of the size it was at the time of The Shining. (Decimated largely as a result of a government in the mid-1980s that seemed to have a peculiar antipathy towards film-making.)

We wandered over to the back lot, now covered mostly by the huge new stage that’s used for Strictly Come Dancing – how many people taking part in that programme ever realise they are on the very site of the vast exterior facade of the Overlook Hotel in The Shining?

As we walked back towards the front of the studio, we passed the big nondescript warehouse that Stanley had used as his rather secretive Elstree base for The Shining. This was where I’d cut and laid the music tracks for the movie in May 1980, and I had a sudden urge – along with the other members of the editing crew, Gill, Adam and Tim – to revisit it. 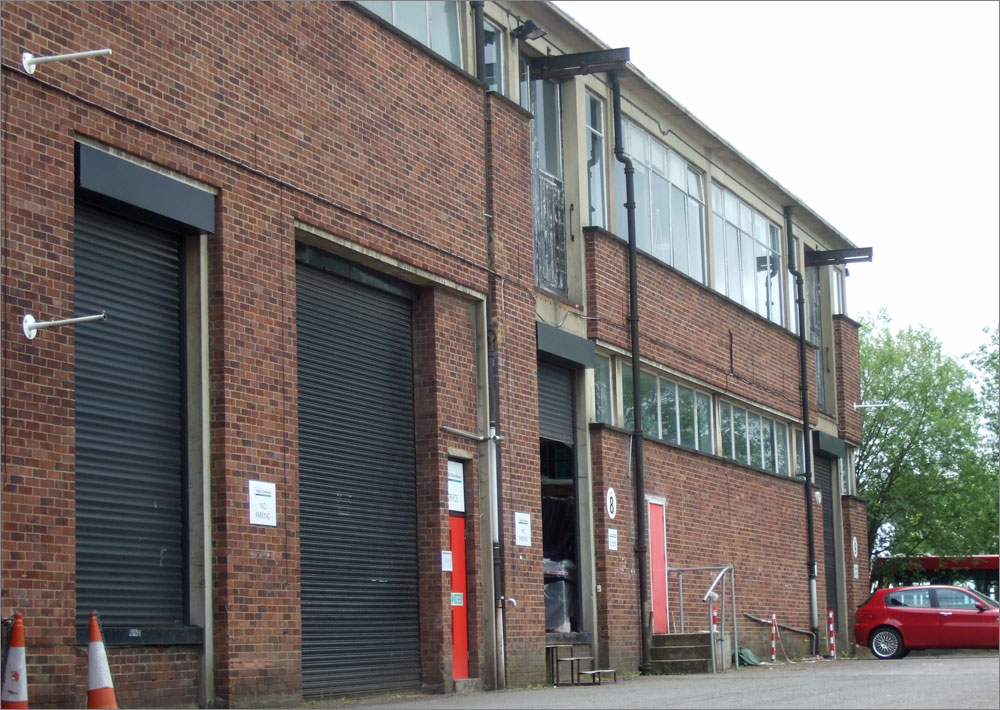 Stanley Kubrick’s secretive ‘cutting room block at Elstree Studios’, his base for the post-production of The Shining in 1980. Unchanged 35 years later. Photo: Freda Raphael

The small red door that led up to the large room we’d used as the main cutting room had the name of a film company on it and appeared to be locked. Adam tried it and, amazingly, given that it was a Bank Holiday and the studio was deserted, the door opened. There was no one in sight, so we boldly went up those stairs that were so steeped in memories.

The room we’d used as the cutting room was locked, so we all congregated on the landing, and almost immediately Lee Unkrich had his iBook out and was showing us a black and white picture taken in 1979 at the very spot where he now was standing.

It was exactly the same in every detail, except that on the right hand side of frame there was Stanley Kubrick lining up a shot on the big Arriflex camera with Kelvin Pike (the camera operator) for a scene in the Hotel kitchens. Stanley’s ghost seemed very near to us just then.

This little excursion meant that we were late for the group photo that Howard Berry had organised for the crew. But we were still in time for Jan Harlan cutting the splendid 35th Anniversary cake that had been made specially for the occasion. As soon as the cake was cut its interior was revealed to be blood red … 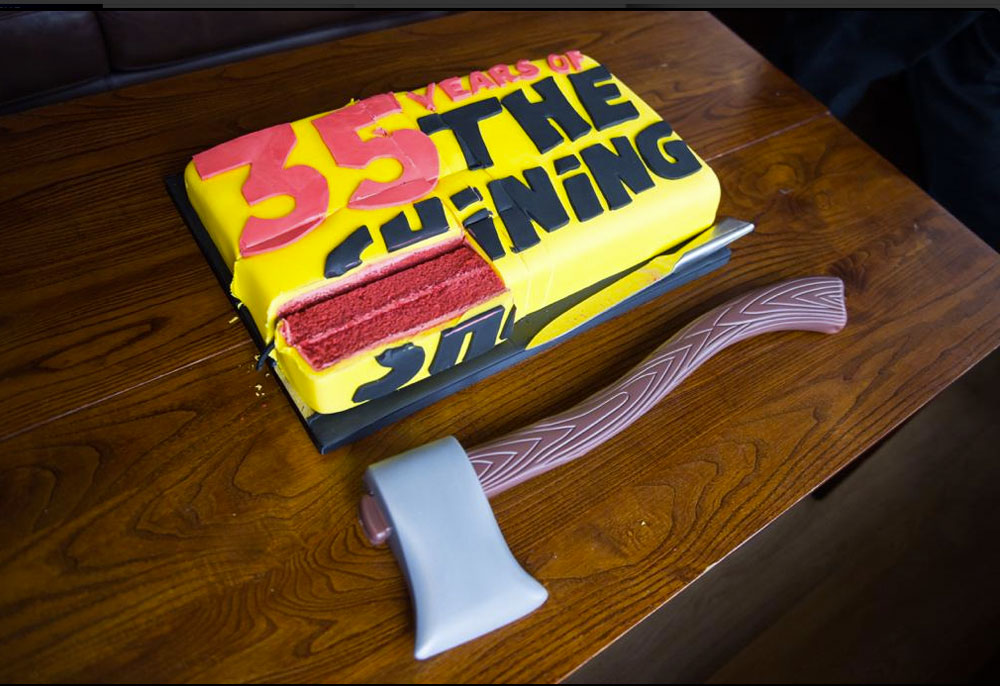 The blood-red interior of the The Shining 35th anniversary cake. Photo: Freda Raphael

And then we all piled aboard a special double-decker bus that had been hired to take us to The Odyssey Cinema in St Albans for a screening of The Shining.

And, as this report is already rather long, that will have to be the subject of a later blog … 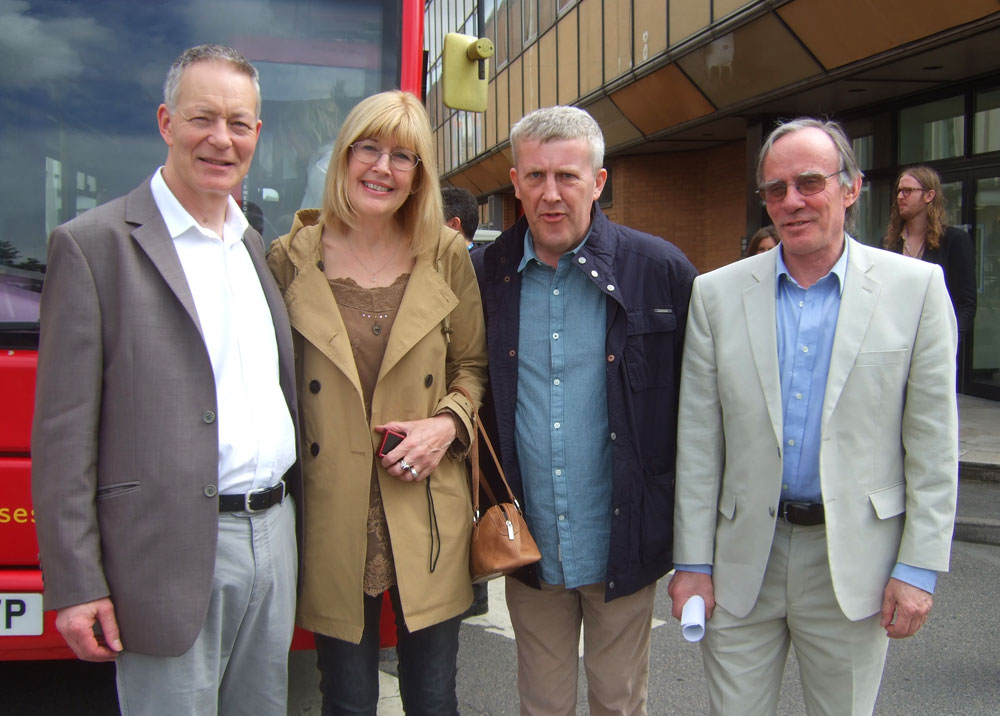 A trip to Dylan Thomas country →